As is the case with many cancers, penile cancer does not always have a known cause. But doctors have found that other conditions are often linked to penile cancer. These conditions include:

The symptoms of penile cancer can be the same or similar to other non-cancerous conditions. In fact, many of the symptoms listed are most often caused by another condition. However, if you have any of the following symptoms you should consult a physician so any conditions, cancer or otherwise, can be detected early and treated:

If you have any symptoms of penile cancer, you should seek medical attention. To diagnose cancer of the penis, your doctor will first give you a physical exam and obtain a detailed medical history. Depending on the findings of the physical exam and history, additional tests may be needed.

A biopsy is the only way to get a definitive diagnosis. The doctor will take a tissue sample and send it to the lab for analysis. There are a variety of ways biopsies can be done depending on the type of lesion or abnormality and its location. results are usually available within a few days.

Imaging tests like MRIs, CT scans, and x-rays are also used in the diagnostic process, especially if the doctor believes cancer has spread.

The type of treatment prescribed for penile cancer depends greatly on the type and stage of cancer. Treatments for cancers of the penis can be divided into four main categories: surgery, radiation therapy, local treatment, and chemotherapy.

Penile cancer is rare, but there are certain groups of people who are affected more often. Factors that can increase the risk of penile cancer include: 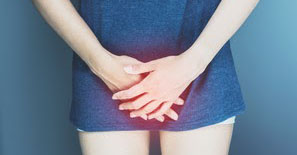 Both women and men can get urinary tract infections, but it’s far more common for a woman to have problems with recurrent UTI.  According to the Office on Women’s Health, women get UTIs up to 30 times more often than men do. If you’ve had a UTI you know it is uncomfortable at best and […]

What Our Patients Are Saying...

Dr. Herrick and Ashley are always over the top with their attentiveness to my medical needs! They are always in tune with my care and always ask questions as to how my treatment is going! They always listen to my ...Read More

Greensboro, NC
Dr. Bell is amazing. He is caring, compassionate, and willing to help find difficult answers. I feel very fortunate to have been able to see him.

Greensboro, NC
I have always had great service from both the doctors and staff

I had read about bad experiences at AUS, mine was just the opposite. We received very courteous service checking in, our wait to see Dr. Eskridge wasn't long. His assistant was very pleasant and thorough as was my Dr. Checking ...Read More

My visit at Alliance Urology Specialist was very positive as a new patient. As soon as I stepped off the elevator I was directed to sign in online - which was awesome and fast, then I was called to a ...Read More

Check in is now streamlined with the addition of iPads for the sign-in process. It takes only a few minutes and the best part is that the front desk staff computers are updated simultaneously! Fabulous! I sat down in the ...Read More

Alliance Urology is awesome. After suffering with kidney stones for 40 years I went to them and have had wonderful results. Love the staff and the care I have received. Would recommend them to all.

Dr. Scott MacDiarmid and his staff were very professional and treated me with kindness. This was my first visit and I was very nervous and in pain. Would highly recommend this physician!!